Last May, when Amy finally ended things with Sheldon, it generated an interesting method to end a season: utter silence and shock. That iconic scene was paralleled tonight when Sheldon rejected Amy's advances. In both cases, Sheldon's witty remarks made no waves with the studio audience as it was silenced. The latter may have only been a minute long, but it completely changed the audience's opinion of the episode: all those jokes and zingers no longer matter, only the final product did.

On the surface, The Platonic Permutation seems like an innocent Thanksgiving episode analogous to the popular ones aired by Friends; however, after the final scene, the context of the plot and the jokes seems to shift towards a more progressive one in relation to the season's plots. This doesn't take away from the impeccable jokes neatly buried in the episode along with the episode's fluidity, but it side-steps them as mere accessories to the volta in the dynamic of Shamy. Their chemistry during the visit to the aquarium is undeniable, and the eventual natural flow of their conversations remind us of the "golden years" when they worked well as a "couple". After Amy's terrible date which eventually brought Sheldon back in full-circle into her life, it was only natural for the writers to have her finally accept him, oblivious of his impending proposal. By creating the following dynamic where Amy is more invested than Sheldon, the writers have opened up the arc to Sheldon coming back to Amy, which is beautifully symmetric. This open-endedness of the episode bodes well for the writers, unlike last week when they closed the door on a possible arc that might have given us some great comedy.

If we take a step back from Sheldon and Amy's situation, we can observe how well the comedy has been arranged in that there a smaller voltas in focus that mirror the major change in Shamy's dynamic. With Leonard and Penny, it was a simple shift of who's the one at fault in the marriage. Yes, the idea is quite simple; however, the reveal of Penny's birthday makes it worthy, as well as the final scene with Leonard dancing for Penny when everyone walks in for Thanksgiving dinner. The playful back-and-forth of the story makes the episode flow freely, and makes the episode seem harmless when, in reality, it involves an enormous shift in the tectonic plates of the show. Another aspect which distracts the audience from the larger plot progressions is the array of zingers that Howard had under his belt tonight. All of his comments, whether aimed at Bernadette or Raj, were reminiscent of Ray Romano, and the volume of laughs he received was just a vindication of his talent at delivering his lines impeccably.

- Lines like "If you can't support me when I'm lying, then why are we married?" and "Six hours? I don't want to complain for that long!" sound like they were directly inspired by  Everybody Loves Raymond.

- "If there were a list of things that made me more comfortable, 'lists' would be on the top of that list."

- "This reminds me of highschool! I was in India: it was humid and smelt funny!"

- "Just because you have that accent, doesn't mean what you say isn't stupid!"

- "You mixed them! No wonder gentleman calls are knocking on your door!" 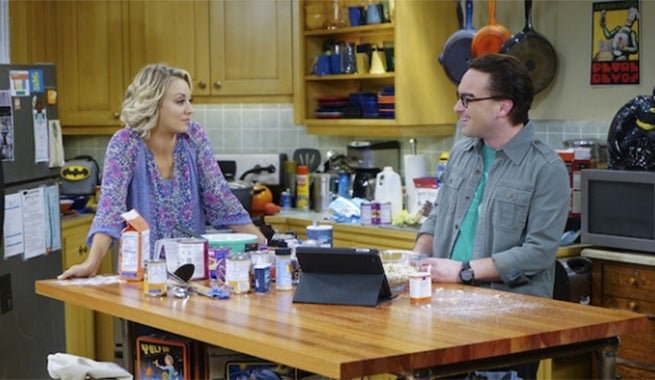