Over the years, TBBT has developped a certain method of storytelling that has led them to a higher rate of success. However, at times, they revert to old techniques and ingest comedy at every second with no actual direction of the plot. We all expected season 7 to be much better than the ground-shaking sixth season. After having watched these twi back-to-back episodes, I'm starting to think otherwise...

We open up with the one sort of storytelling that gnaws at me: a dream sequence. Instead of quickly resolving the sequence and getting serious, TBBT choses to extend it to Penny's apartment, to which I moaned, wishing the actual seventh season would kick in. It did get better, but the feel of season seven didn't come along with it. The writers continued the episode with a strong plotline, just cheap humor. We start with the fact that Penny and Sheldon are bonding in the absence of Leonard, then we see Raj trying to talk his way with the ladies. Moreover, the posse is no longer controlled by Penny, as Bernie and Amy go on a trip for a scientific exhibit.

Penny reveals her topless movie scene, while Sheldon reveals a minor detail. A strong disagreement leads to a warm a comforting hug. Meanwhile, Howard helps Raj with his new-found ability to talk to women. I'm glad they took this step with Regina King's character being the first one Raj actually talks to. As we slowly inch towards him getting comfortable with girls, we see that he might be able to do fine on his own. Howard is just the over-criticising friend present. Meanhwile, Amy and Bernadette bond for some time over science. However, they quarrel about their respective men, only to realize that Bernie's temporary crush is similar to Sheldon and that of Amy is spookingly Howard-like. Their faces turned as disusted as Barney and Robin's did when they dicovered that there is a chance that they might be related. The obvious scene would be Leonard's condition in relation to separation with Penny, which is revealed in the title.

The second half-hour begins abruptly, with Leonard returning early for Penny. (Cliche much?) They enjoy their time together, oblivious of the fact that Sheldon, who was really missing Leonard, is busy getting a gift for him. This A-plot was mediocre, but better than the Leonard-Penny plot of the former episode. The episode started to make me uncomfortable with the Howard-Raj scene in the middle of the episode. The Howard being lady-like plot was not extremely funny, but more of a filler.

Sheldon's the good guy in the episode, believe it or not. He tries to protect his friend from being chheated on; however, in turn, he's been back-stabbed by him. The scene preceding the Leonard being revelad scene was a revelation! Amy works on a second language and seems to be dubious that Penny would throw out take-out containers. The comedy is all-hyped up in the second episode, with jokes being placed in a bit sporadically.

The only problem with this season, so far, is the resolution of each episode. The writers rapidly resolved each plot into what seems to be a concatination of mediocre plots. If this season continues to add plots on top of each other, no one will be happy. I don't want another season 4, TBBT! 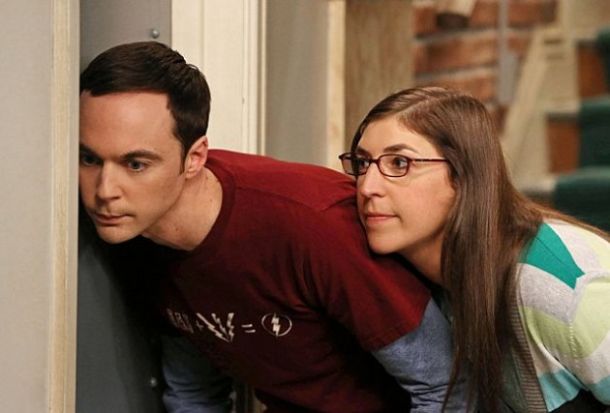