The idea of moving in with one's significant other and leaving one's friend has been widely covered by television. For instance, way back in 1998, Friends aired an episode in which Rachel and Monica struggled to part ways in order for Monica to live with Chandler. The episode revolved around Rachel's denial and how she was making the transition difficult. An almost identical A-plot runs this week on The Big Bang Theory, with only the gender roles being reversed. While Rachel made it hard on Monica on the night before she was supposed to move out, Sheldon does this after his former roommate leaves. He handles his pain in a very early Sheldon method by placing himself at a time when he was devoid of emotion.

The early seasons of any show are always deemed the most memorable as the episodes aired were the ones which caught the eyes of the viewers which remain with the show during its decade-long run. Nowadays, it is much more difficult to obtain a loyal fanbase, but The Big Bang Theory has managed quite well to form a fanbase which truly cares about the characters on the show. That's why each and every move the show makes, especially after its expansion to include Mayim Bialik and Melissa Rauch, has an impact on television. Thus, the decision to separate Amy and Sheldon mustn't have been an easy one, but nonetheless it was one which did have a large impact on the show's audience, especially when considering the angry Tumblr posts. The frustration experienced by the Sheldon during the breakup returns as Leonard has now chosen to "abandon" him in order to live with his wife. Even though Sheldon is irrational, Jim Parsons does a great job by getting the audience to sympathize with him and forget all the negativity he inflicted on Leonard over the past few years. Tonight's episode was another example of why Parsons deserves his Emmy awards for Sheldon: it's not his robotic enunciation that puts him over-the-top; it's the episodes when he plays a frustrated Sheldon with a slight drizzle of emotions.

As far as talent is concerned, the B-plot certainly displayed Kunal Nayyar and Simon Helberg's vocals as they wrote a "filk" song. The concept of Thor VS Indiana Jones is reminiscent of the show's earlier days, when sci-fi references were a staple. Now, they serve as an indication that while these characters have certainly evolved, they will always have the sci-fi knowledge that once characterized them. Furthermore, I enjoyed having a Howard-Raj interaction without any sarcastic remarks from the former. Howard has turned into The Big Bang Theory's version of Chandler from Friends, i.e. he frequently uses sarcasm to condescend the other characters. While I'm most certainly not against using Simon Helberg's impeccable delivery of sarcasm, I do enjoy the episodes where his friendship with the other characters is at the forefront, not his humor. It is once again reminiscent of the show's earlier days, a theme which is prevalent throughout the stellar episode.

- "You know what they don't sell at the container store? Something large enough to contain my disappointment!"

- "I like all kinds of music, but my favorite genre is free": Taylor Swift respectfully disagrees.

- "Remember the Arc of the Covenant? That's how much we're going to melt people's faces off."

- "I would say it was a happier time, but I was disengaged from my feelings. So, who can tell?"

- "You really shoulda gone on the internet and checked how long that kinda thing lives before you got one." 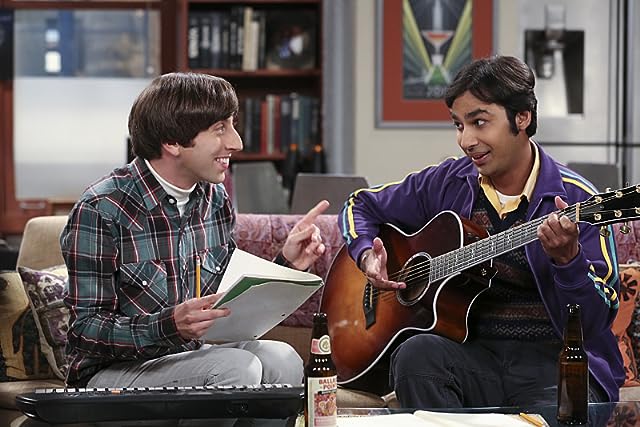