The writers over at The Big Bang Theory have been approaching the situation they've dug up quite well in this strong half-hour of television. It finally seems as though a cliffhanger introduced in May will actually be given a complete story, i.e. the writers are going to unfold how the aftermath of Amy breaking things off over the next few episides while trying to get Leonard and Penny to work on their marriage.

I would have never thought that those two plotlines would have actually be imbued into the show, so I'm enjoying not knowing where this is going yet. However, if these complications introduced are going to be dropped quickly and irrationally, I'm going to be décu at the writers for getting my hopes up. I always have this fear that the following episode won't be able to match the sheer fluidity of the premiere. Fortunately, everything is under control for now as the writers make the Shamy break up actually make sense and be integrated into the bigger picture of the show, which actually does come up this week. Furthermore, the portrayal of Sheldon as a jealous and miserable ex-boyfriend is one that I am completely backing because he is often portrayed as aloof and devoid of any emotion, more like a robot than "a real boy". His separation anxiety is beneficial to the new season and direction of the show, but I just hope that the writers know how to keep this part of Sheldon without tarnishing the core of the character. The future for these two is murky, and the audience is well aware that eventually they will get back together. However, as was the case with Friends, we will have to endure a long period of them having chemistry yet being apart from one another. I feel like the decision to give Amy some dignity and let her breakthrough things off with Sheldon can bear the writers a good fruit, but only time can tell if the plan will be succesful or not.

Speaking of success, Penny and Leonard's disastrous marriage might actually receive some now that Mandy is out of the way. The writers knew that various people would have questioned the idea of Leonard cheating on Penny, but this episode reveals what I had been thinking all along: Penny brought Leonard out of his shell, i.e. who he is today is because of Penny's intervention in his life. Had this been their initial attempt at being together, Penny's infidelity would have been logical. But flash forward six years and the tables have turned, Penny is the faithful one, even though she currently has the entire package: financial security, maturity, and good looks. Those are the traits that Leonard brought out in her. The realization that the new versions of themselves is largely because of their significant other is a good one for The Big Bang Theory, especially since Leonard and Penny were often portrayed as the couple that didn't really know where they stood.

So, the B-plot with Leoanrd and Penny making up, a mirror opposite of what happens with Shamy, is a good amount of symmetry for this episode, which balanced drama and comedy a lot better than the season premiere did, even though the latter was pretty darn entertaining. Furthermore, the second episode actually put Howard and Bernadette into the action, revealing that they've known about Leonard's infidelity for a long time. The involvement of a larger proportion of the cast is always encouraged, so I'm satisfied with how the Wolowitzes were in one the main plots this week, unlike last week where they were mainly used as comedic inputs into the Shamy drama. These small improvements are impressive considering how season eight never touched upon them like how this season currently is working on. 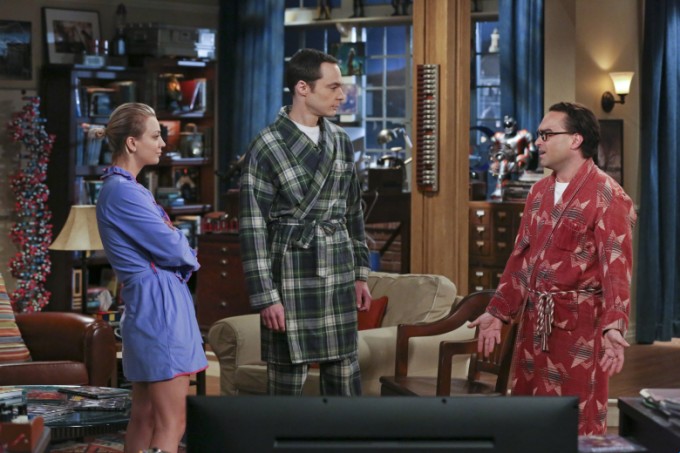