The title of this week's episode is an oxymoron that I would have never expected from a traditional sitcom such as The Big Bang Theory. Tonight's episode was mainly about "letting go", and eventually the insignificant theme bloomed into one of the biggest bombshells in the characters' lives. As far as the readers as concerned, this plotline was one of the few options the writers had to explain why Mrs. Wolowitz wouldn't be heard anymore. Although I knew about this plotline weeks in advance, I was still reflecting on Mrs. Wolowitz's passing after the conventional toast for her at the end of tonight's episode. A smart move on the writers' part was to not completely eliminate the show's comic traits for the news and to opt for a more sophisticated comedy in the form of memories.

However, the structure of this week's episode is formulaic if we consider the television industry in general. For instance, in 2011, an episode of How I Met Your Mother called 'Bad News' aired. If we were to watch 90% of the episode, we would consider that the bad news was Marshall's infertility. However, at the end of the episode, the writers gave us a twist and revealed that Marshall's father had passed away. A similar tactic is employed here by the writers of the show: they made the focus of the episode the idea of letting go, and then brought in the big news of Mrs. Wolowitz's passing as the true purpose of the episode. Sheldon's struggles to let things go are now palpable to others, and they can sympathize with his inability after hearing the grave news. The bombshell also gave us a rare glance at the human side of Sheldon, who offered one of the most heartfelt advices ever heard of on the show. Moments like this one or when he confessed his love for Amy before she did are what have allowed Sheldon to evolve, even if it is by a small degree. The plot's culmination may have been a cliché, but Sheldon's moment before that is what got me.

As far as the remainder of the episode is concerned, it was average. The plotlines aren't original, but rather dull, and the comedy didn't have much of its punch this week. However, we finally got a series of flashbacks when Penny remembered all the puzzles Amy got her, so that's a plus point for the writers! Furthermore, I think very highly of Nathan Fillion, and his cameo was funny. Other than that, I would like to end this week's article on a nostalgic note as we remember all the hilarious Mrs. Wolowitz scenes the writers have provided us with, and how much they made us laugh... 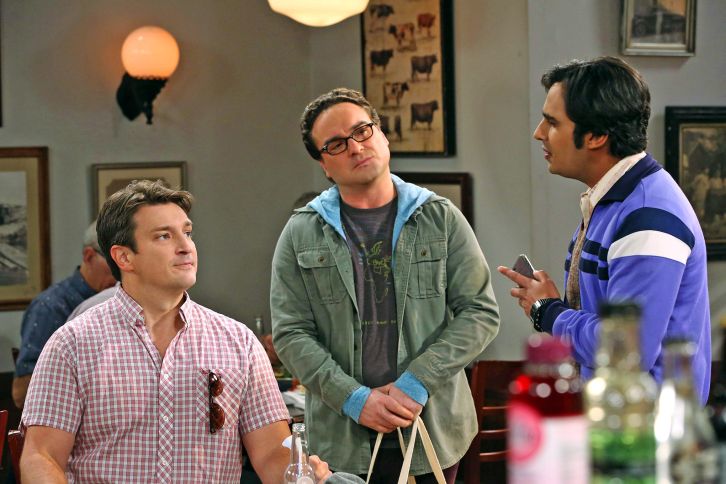