Couples pinned against other couples isn't necessarily the most original sitcom plot device ever used. It is an attempt to bring in humor using a show's characters' caricatures; however, the attempt is more failed than successful. When HIMYM made their attempt two years ago, their performance received mixed reviews from critics, and now that The Big Bang Theory has had its whirl at it, I can safely declare that this plotline is a dead-end: it's simply one of those ideas that are only funny at first, but as they continue to appear across the television industry, you start to feel frustrated.

This week, the couples that the writers decided to stick to asunder poles were Lenny and Shamy. (Yes, I am completely aware of all the ship names.) It was interesting to see how the competition would end, as the victors weren't very clear. On the one hand, Shamy has had one of the biggest fan followings of the entire season, and all of its big moments are depicted with grandeur. On the other hand, Leonard and Penny are now engaged to be married, have been together for a solid 3 and a half years (counting season three), and they love each other. To be honest, I would have to agree with Sheldon as I did see the spark between the two dim ever since this season started, but Leonard and Penny insisted that they were a force to be reckoned with. The resolution could have easily been Sheldon winning and getting his way for the millionth time, and, guess what, the writers did exactly that. Not only did Sheldon win, but he also managed to drive a wedge into Leonard and Penny creating a heated argument of their fear of marriage. I was hesitant on letting Sheldon win the argument, but after seeing the heartfelt confession Leonard gave Penny to end the fight, I'm not as cynical of the plotline. It was simply an anecdote to reassure the viewers that Leonard and Penny getting married is a real thing, and the writers aren't kidding about that.

That was a sweet moment, which was followed by a moment of scorn as Chuck Lorre once again tried to shove comedy down our throats. I could have easily settled for Amy's tear-filled line, but they had to add Sheldon's arrogant punchline, didn't they? And speaking of Sheldon, I am rather puzzled as to what he thinks of his relationship with Amy. In the premiere, we were shown that their relationship was going through a rocky stage, but tonight they are shown in a smooth relationship where they share affectionate looks, food and personal knowledge. The continuity inconsistencies are really nerve-wrecking, especially for someone who loves a show which can neatly sow the seasons together using continuity (You guessed right! How I Met Your Mother it is). That's another complaint I'd like to lodge about the plot, but on the whole, in comparison to the first two episodes, this plot was a good improvement.

The second plot was more of a run-of-the-mill type story. Howard's attempt to throw the first pitch at the Angels game would have never been funny enough to last an entire episode. Granted that the gym-scenes were a little funny, the overall feeling of the plot was nothing but redundant. Neither did it advance the characters' lives, nor did it provide us with the essential laughs we require to get through an episode of TBBT because, as a known fact, sitcoms are two to three minute lectures in university without the comedy element. The final part with the whole stadium booing as Howard's proble sluggishly advanced to 1st base was as mundane as watching the guys dressing up for comic-con, missing it and then laying around in the desert to take pictures. It just reflects negatively on the writers who had brilliantly crafted the last three seasons before leading us to this season, what I feel like calling the second nadir after season four... 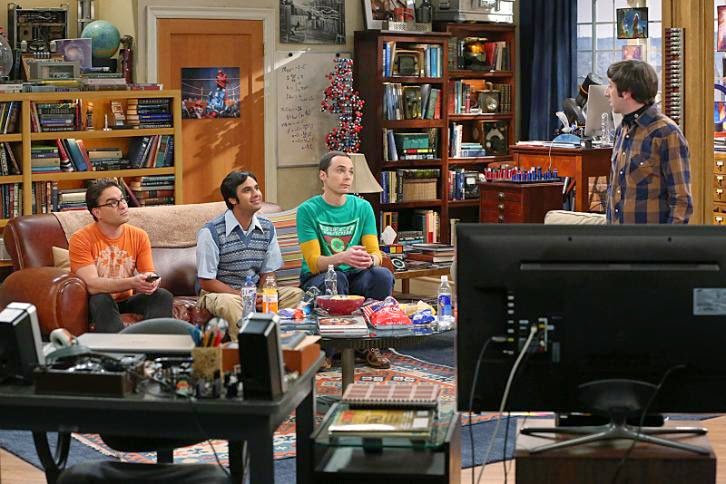