How I Met Your Mother's final season has been very interesting so far. Not only have the writers experimented with storytelling techniques, they've also got their entire definition of "television season" changed. For about eight years, the writers pursued a season that ran parallel to our time, thus following the convention of the television season to run from September to May. However, this season, HIMYM's run has been limited to just a wedding weekend during which everyone's life changes. I mean, this must've been the biggest risk Carter and Craig took during the course of the show. And, luckily, the fans are enjoying the poetic and semi-comic methods the writers have employed to complete the show's arc.

This week reminded me of last season's "The Ashtray", only a lot more happier, for many reasons. Firstly, both the Captain and Becky return, and this time they're actually engaged. (Remember Becky's "Boats Boats Boats" commercial?) But why did they reurn is the question? The writers played a very subtle trick on us: they focussed on the grooms-men this week. Barney, Ted and Marshall actually made a small excursion on the day of the wedding to track down the captain and ask him why Lily turned to him when they had their big fight during "Unpause". Apparently, Lily didn't turn to the captain, but to his powder room. What ensued with the guys is what I would call a classic douchey Jed Moseley. His "suspense-filled" discolsure, which included the phrase 'Mosby Boys!' actually did make sense, except for its major detail, i.e. what the secret was. It turns out that Lily can truly keep a secret, and her words mean something on a deeper level. Ted notices this and the path followed is very logical.

But, that isn't the interesting part. The daisy didn't contain a cigarette butt, but instead it had a pregnancy test hidden inside. The complications attached to each story is what makes HIMYM unique and also simultaneously unattractive. People nowadays like stories which are simple and puerile. Basic relationships are what work with the television industry, like the case of Full House and The Big Bang Theory. These two shows employ a very child-like nature to all immature and mature relationships, thus making it easy for viewers to relate to them. HIMYM made it very poetic with the A-plot this week, especially when Marshall ends the episode with his daughter's name: "Daisy". It's a fully rounded circle now: we know where Lily went in "Unpause", we know why she went there, and we know what happened as a result of this. Truly breathtaking. 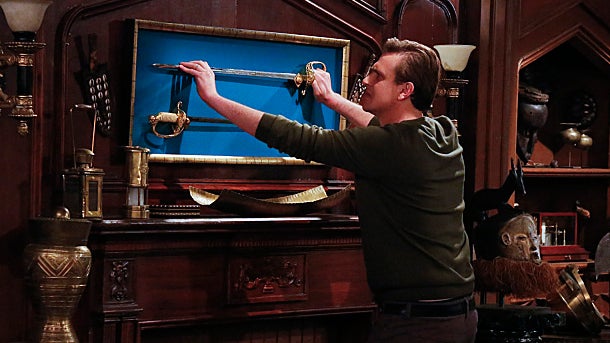 The B-plot was something we all knew was going to happen. In last week's "Vesuvius", Lily had argued with Robin over composure on her wedding day. This week, her mother helps Robin freak out by unconsciously insinuating that Barney is freakishly like her own father. Well, that's just basic television logic that our significant other is like our parents as we see them as role models. (HIMYM already had an episode with an elaborate explanation.) It's one of those stories that make us feel that we're truly still heading towards the end, but we're not actually there yet. That's the mark of a great television writer, people!

On the other hand, the second episode was a recounting of the Mother and Ted's first date, and how they knew that this relationship would last. On the surface, it may seem that the episode is about a few comical (and tragic) encounters with Taram Killam's character, but the true meaning of the episode was "What happened to everyone else?" In that context, it would seem fit that the writers insert the episode right before the big three final ones: "The End Of The Aisle", "Last Forever I" and "Last Forever II". It's rather amusing how the writers have played with the season so as to prevent the fans from feeling like it's truly towards the end. The 22-minute traditional sitcom would generally have a farewell episode to a principle character, or even have started the shift of most of the main characters in their loves. HIMYM, however, doesn't believe in that. Although all the members of the gang have big decisions to make by the end of this weekend, the show's course seems to run as though it were in a normal season waiting to get back in the fall. The season is mixed with many episodes containing different storytelling methods, and this one uses the writers' new favorite: the Mother.

The Mother isn't involved in Gary Blauman's story, but Gary Blauman's story is the reason the Mother feels that Ted is different from Louise, her ex. At first, the connection between entering a restaurant without a reservation and the story did not have any interconnection, but slowly the connection deepened, and finally got us to the theme of the episode: special people. We have met so many people over the course of nine years, but how many of them have actually made it? Only a few, namely the gang and their families. The rest of the special cast is somehow lost in translation away from the gang, but Carter and Craig didn't hesitate about informing us, because these characters are not as reel as they are real to us. The final scene, which looked more like a scene from a play with several locations, involved a lot of characters I almost forgot about ever since they didn't appear on the show. The moment when the montage was over, and they finally revealed Bla Bla's name as Carol was probably the funniest out of all of them. I truly appreciate the effort taken in by the crew towards the quality of the episodes.

However, let's back up a little bit. The entire episode started, and I was immediately bursting with joy: THE MOTHER! She was waiting for someone, just three days after the wedding. It turns out that she was waiting for Ted, and the writers are going to tell us the story of their first date. The framing device of the episode is complicated, yet the writers make it seem like it's a piece of cake. The fluency of transitions from Wednesday to Sunday is what makes the episode run smoothly, and the plotlines can coil around one another to amplify the emotions expressed in the episode. The flashback started off with "Code RED!!!" and then I thought about the promo for this week's episode. The promo wasn't true (nothing new), and Gary Blauman wasn't a threat to the wedding. In fact, Gary Blauman added a new energy into the episode that will make the next few episodes something we will truly be waiting for...

-  Barney: "The Captain moored his dingy in Lily's lagoon?" Ted: "That's silly. You'd never moore a dingy in a lagoon."

- Similarities between Barney and Robin's father: they both were engaged to exotic dancers, they both slept around, took their mother's side in an argument, and never told anyone about their jobs.

- "Robin's hair" is a new metaphor for "horrible."

- Lily: "Marshall, Blauman saved you from a lifetime of looking at Sugar Ray every time we do it on your birthday."

- Taran Killam can definitely play a gay guy. His impression of Michael Cera on SNL was awesome!

- I loved the little skit in the end where the writers subtly and quickly told us about what happened to the minor characters we once cared about.