We all knew this was coming. The tendency of TBBT to go on a cliched plot has significantly augmented ever since season five. With the originality of plots waning, the writers persevere to keep the show's hopes up by adding in their own jokes to laugh at, or maybe feel a little uncomfortable with. Everything seemed to be right in place: copied plot, copied intro for the game and copied game. The addition of TBBT-tailored jokes is the fresh part of each episode, which disappoints not one but many. If you wanted to watch a slightly better version of the episode, I suggest you buy the Friends DVD and watch "The One with the Embryos" because there is basically no difference but the location and period of time.

Raj sets up a scavenger hunt in Pasadena as an homage to those conducted in university campuses. The joke of Leonard's education was brought up by Howard, and, surprisingly, Sheldon went with the flow. There is the boor quality and the compulsive closure in Sheldon (at least they have that going for them) and Penny's improvement in GK which puts this show on to a different level. So did the tri-couple anecdotes of the past two seasons. However, as far as the seventh season is concerned, the show hasn't hit their highest potential yet. Episodes like "The Closet Reconfiguration" or "The Transporter Malfunction" display the various nuances of the show after the expansion of the cast.

On that note, let me say that although the inclusion of Mayim and Melissa as regulars provided us with a new, fresh perspective on the show, the on-screen ratio for each character reduced considerably. In this case, the coupling of random characters provided a higher ratio but, simultaneously, unsatisfactory dialogue and plot development. The quirks were accentuated, such as Sheldon's nerd-ness, Penny's ignorance, Bernie's competitiveness, Raj's show-master abilities, Amy's seclusion and Leonard's non-masculinity. The jokes were uncalled for and cheap. I thought we were over the days when Penny was a dumb blonde monkey, and now we have a more sophisticated version of her. However, the writers tried to make it work, and they did succeed in one aspect: they got things clicking between Howard and Amy through singing and acting-out Neil Diamond songs.

Although the episode had its own set of flaws, there were comic moments. Sheldon's closure and obsession with trains is the one which truly caught me. The others included Sheldon's social etiquette and Penny's need for approval from Sheldon. I watched this week's HIMYM before the following episode, but the latter did not suffer a great amount due to the former. 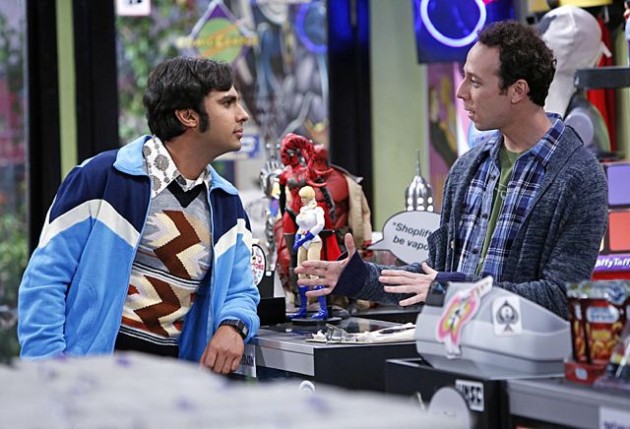