Complex and structured storylines have always been HIMYM's "thing". They've got a sort of storytelling that shows us emotions, comedy and last, but not least, guest stars. This week, they've given us two: Joe Manganiello and Joe Lo Trugio. The result: a half-hour which will lead us to an intense half-hour next week. This week, it was all about stamps, have you made any recommendations to others? Significant or Insignificant, you've got your own personal stamp that no one can steal from you.

i) Marshall and Lily:

Finally, they've got their moment in the light. Tonight, Marshall took central by giving his friend Brad a job interview at Honeywell & Cootes. However, it goes awry, leading him to be off the pollution case. Meanwhile, the gang tells him that his stamp is almost useless, and it almost cost him his job when he brought Blue Bowl soup to the office. Funny enough, the restaurant's health grade went from an F to a D, and we all still wonder why they've got food poisining thrice. Anyways, Robin tells her that Lily's stamp is useful: books, beers and lingerie. The small stamps on Cobie's chest were a comic moment which followed for the entire episode with Marshall. Now, Marshall gets into the interview with Brad but Brad really displeases him by talking about his height and insulting him. Eventually, Marshall is off the pollution case and is officialy dead to Honeywell, making Honeywell a medium. For the next few days, Lily devises a plan to get him back on the project with three easy steps: 1) Give your stamp of approval on a funny video. 2) Get some good food combo. 3) Lie your ass off by complimenting him on his new style. Ta Daa! You're back on, but now you're alone. The whole thing was a ruse, set up by the pharmaseutical company, to get the strategy on their case. Not a fan of ruses, but I think it was a good way to leap into next week's episode.

The Lusty Leopard's brings back bad memories. So, Barney's a free agent now, just listening to the owners of various clubs brag about their exotic dancers. Eventually, Robin agrees to be his secretary and tries her best. Eventually, she gets bribed into a club by a rolex and bling. Horrified, he fires her. I don't know what helped him with the decision, but he eventually got his decision done in an election-esque style. Look at it this way, there was a dancer on a pole for the logo. He gets his choice done, and the club celebrates. So, we get to see new dancers on his business and a new set for this club. At the end of the night, Robin and Barney go for a crazy night down to the Mouth club and Robin gets too handsy. By the end, instead of saying goodbye, they kiss and are left with an awkward silence meant from last week. I just love how their chemistry can just spark up within minutes, and how they still get to be friends. I really admire the high-fives within, cause they build  up the mood of the episode. The best was Barney's self-five, after remarking that he's been funsing the Lusty Leopard for 7 years, or 69 perv years. Good parallelism!

He's being really douchey for the past two weeks, and I like that. When Ted tries to get his stamp on something, he can't, because his stamps are basically ideas from others. Dishwalla (means the person who does the dishes in Hindi) was from Lily and Doctor X was from his friends. Therefore, he just gets tired of watching and loses his hope. However, I think the ear piercing was hilaious! High-five masturbating Ted! Lovely and touching was his biggest stamp of approval, Marvin's life. He's the reason Marshall didn't give up on Lily, they got married and now they have a child. That, is the ULTIMATE Stamp of life!

Overall, I give the strong and solid episode a stamp of approval because of its moving pace and emotions. Unlike Marshall I actually am sure about it. 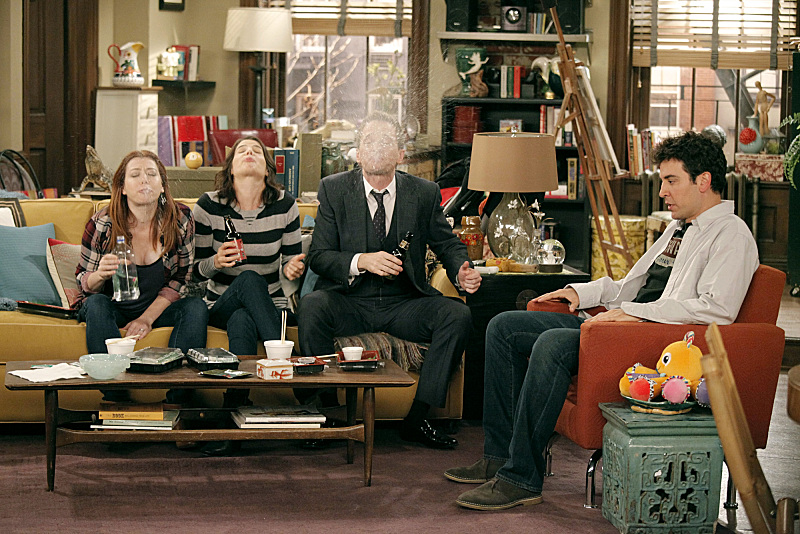